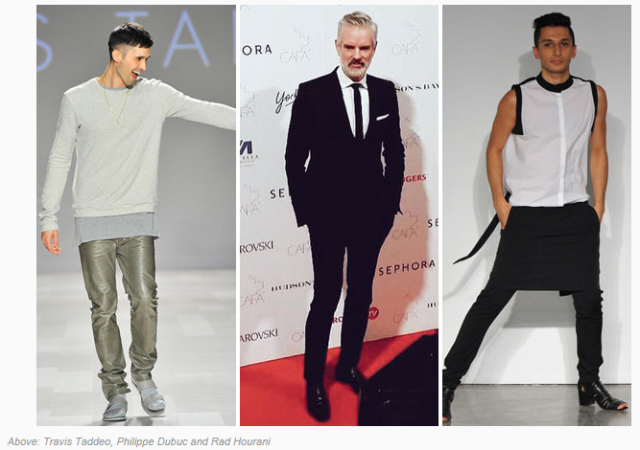 There are tons of Canadian menswear brands that have taken off south of the border and across the globe; you can pick them up at Nordstroms, Macy’s and even Barneys. To name a few: Dsquared2, Roots, Canada Goose, Herschel bags, WANT les Essentiels de la Vie, Naked & Famous. But, what do the insiders of Canadian fashion wear when they want to sport a Canadian cool brand?

Canadian fashion insiders tend to turn to one province in particular for cutting edge menswear: Quebec. This francophone province does so much to support their local talent but in true Quebecois form, they don’t scream about it. The designers simply keep working away at honing their craft and building their brands. Many of them have built cult followings across the globe… but, do you even know their names? We have rounded up the top 3 Quebec designers currently working in menswear (sadly, Denis Gagnon stopped producing a menswear line in 2013); each of them have a distinct style and cover the gamut from luxe streetwear (Travis Taddeo) to sleek modern suiting (Philippe Dubuc). And oh yeah, then there is Rad Hourani who is the first designer to ever present a unisex collection during Haute Couture Week in Paris. In the end all three designers have more in common than at first glance, they all have distinctive French je ne sais quoi to their brands: modern, sleek and edgy but with immaculate tailoring. 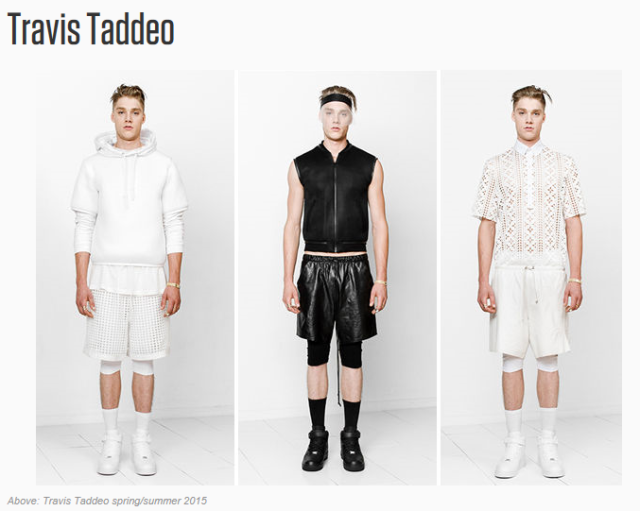 Although born in Calgary, Travis Taddeo considers his adopted city of Montreal home. Taddeo launched his eponymous line almost immediately after graduating in fashion design from LaSalle College in 2008. He quickly built a cult following around his luxe street wear; this was long before it became the dominant trend we see everywhere these days. He was one of the first and is still one of the best. His collections always feature a mix of high-end jersey and sleek leathers. Don’t worry ladies, he makes a womenswear collection as well.

In 1993, Dubuc launched his line of modern minimalist menswear. His brand rests on the concept that every man needs sleek tailored suits and sportswear with a decidedly French edge. Over his almost 22 year career, Philippe has had his ups and downs in the business, including a brief time where he almost had to shutter his namesake label but thanks to collaborations with Quebec mass retailer Simons he is still going strong. Over the years he has shown in New York and In Paris but he still calls Montreal home. In 2015, Dubuc won Best Canadian Menswear designer at the CAFA awards.

Rad Hourani became notable within the mainstream fashion world when he was invited to the first designer to ever present a unisex collection during Haute Couture week in Paris (2013). But this Jordanian born and Canadian raised designer has been a fashion insiders darling since his first collection in 2007. Rad was inspired to create his unisex brand when he found that he couldn’t find anything he wanted to wear in stores. He recalled that the women’s clothes were too tight, the men’s clothes were too loose, and the fabrics were always wrong. So he took on the challenge of learning the entire design process and making his own line. That’s right, he is self-taught. He currently resides in Paris but maintains a boutique in Montreal.